Across the internet, there are hundreds, perhaps thousands of web games that feature vehicles prominently. However, these usually always have cars front and center, with motorcycles either being secondary or not featured at all.

If you tend to side with 2-wheeled vehicles over 4-wheeled ones, then this might cause an issue for you. There are a precious few web games that have motorcycles as options or as the star of the show.

When you’re on the hunt for these elusive motorcycle games, you might like some help finding the best ones. If motorcycle stunts or racing are at the top of your list, there are a few suggestions here that will probably be your best options.

If you’re ready for your search to be over, mount your bike, rev the engine, and pop a wheelie so we can get started.

These games all feature awesome bikes pulling off crazy, insane stunts. Xtreme Trials Bike 2019 is a 2.5D stunt fest in which you’ll carefully operate a bike through wild stages.

Huge ramps, multi-leveled platforms, and realistic physics make this one of the best stunt motorcycle stunt games out there. Drive carefully, landing on your head will cause you to restart from the beginning!

Bike Trials Xtreme Forest is another stunt motorcycle game in the same vein as Xtreme Trials Bike 2019. This 2.5D stunt platformer sets itself apart by featuring a rider with a chicken helmet! The soft red comb on top of the helmet sways and bounces with your every move, introducing a little bit of silliness into your stunt game.

These games are all about coming out on top at all costs. Motocross Riders is a racing game where you take control of a dirtbike and participate in heated motocross competitions. Kick up dirt, pick up speed, and fly over hills as you weave in and out of the competition.

Bike Race Simulator is another racing motorcycle game, but this one has an eerie twist. In it, each of the superbikes in the race is completely riderless. Control your unmanned superbike and race other autonomous superbikes to the finish in races that will test your skills.

If you want some violence with your motorcycles, then these games have you covered. Stunt Mania 3D is a game that could fit into any of the categories on this list, but its hilarious physics and baseball bat-based combat have landed it here in the combat motorcycle games section. Choose between two modes, a stunt-filled open map, and a racing mode. The racing mode pits you against other racers which you can knock off their bikes with your trusty baseball bat, ram them, and even run them over, sending them flailing across the track.

Car Crash Simulator Royale is another game that features combat and motorcycles. This one drops you into a battle royale with a bunch of other different kinds of vehicles, but you can also do battles on the large map with all motorcycles for an even playing field. 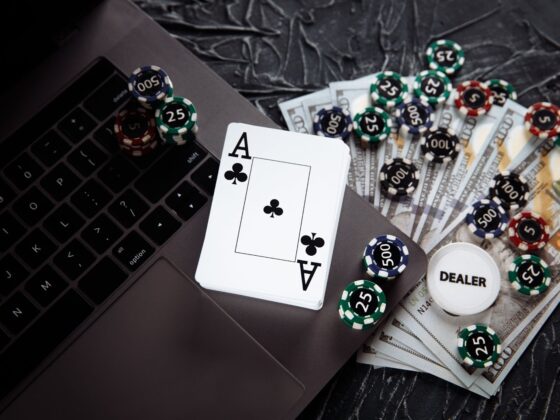